Queen Elizabeth II was the longest serving British Monarch in history, reigning from 6 February 1952 until her passing in 2022, which marked the end of Britain’s second Elizabethan era. After 70 years, the world said goodbye to a cherished sovereign who left behind a lasting influence.

This series of prints by Barry John pay homage to a timeless icon who held the deep respect and admiration of so many.

Barry John MBE himself was presented with the Templar Award for Art at the Armed Forces exhibition in London, which was attended by now King Charles III. 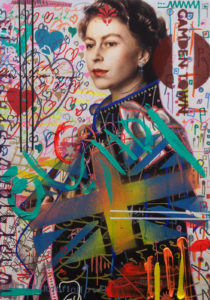 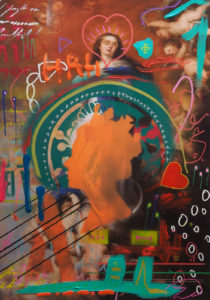 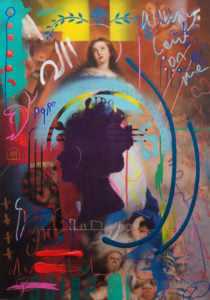 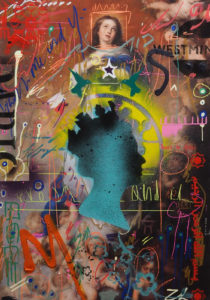 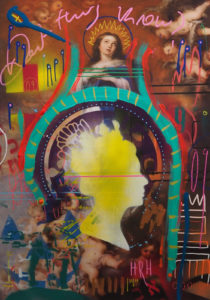 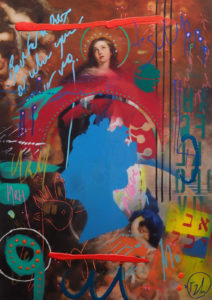 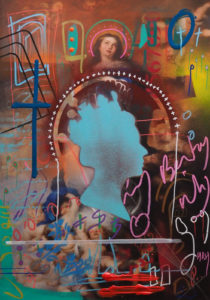 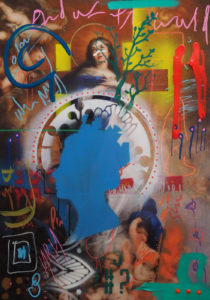 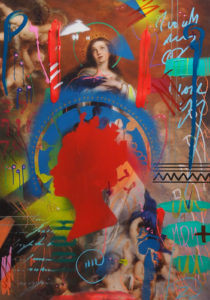 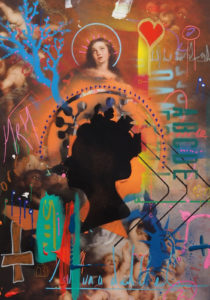 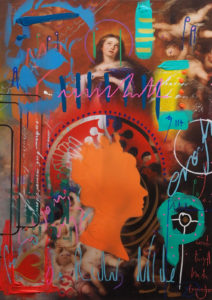 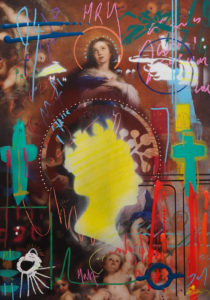 Barry John MBE is a Welsh soldier and artist. He served in the British armed forces for over 23 years. In the 2010 New Year’s Honours List Barry John was awarded the MBE. Through his work, he expresses stories, memories, demons, harsh and sometimes brutal truths, and the beauty, colours, and resilience of a conflicted world.

Barry John was born in Neyland, Pembrokeshire and was a pupil at Sir Thomas Picton School, Haverfordwest before joining the Army at the age of 16. His first posting was to Hong Kong, followed by further postings to Korea, China, Malaysia, Jamaica, USA, Germany, Poland, Cyprus, Northern Ireland and Kosovo. The experiences he had during his service formed most of the content of his art.

John is well-known for his trailblazing work running the VC Gallery in Haverfordwest, where he provides a safe space in which army veterans, older people, children and people experiencing isolation or mental health difficulties can try their hand at art and hold their own exhibitions.

John has held many solo art exhibitions throughout the UK and Europe and many group exhibitions including the John Creasey Museum in Salisbury and Exeter Castle. At the Mall Gallery, London, in the Armed Forces exhibition attended by then Prince Charles and opened by the Secretary of Defense, John was presented with the Templar Award for Art. In 2017 he won an award for community work at the Pride of Britain Awards and has won a Local Hero’s award for art three times.

John’s themes can be challenging, but his art reflects what he sees in life. John’s work has been compared to Jean-Michel Basquiat, painting in a similar neo-expressionist style, stemming from the tradition of graffiti and street art. Barry John’s work is in many private collections; most notably actor Rhys Ifans, world-title boxer Gavin Rees, and Chef Raymond Blanc.

FOR MORE INFORMATION ABOUT THE COLLECTION OR WORKS OF ART AVAILABLE AT TRINITY HOUSE, PLEASE CONTACT US ON…