L.S Lowry has been one of the biggest British successes in the last ten years moving out of obscurity to a key position in British Art. His work can now be found in museums and private collections across the globe, including the Fitzwilliam Museum in Cambridge, The Imperial War Museum in London, the MOMA in New York, the Tate in London and Trinity House Paintings in The Cotswolds. 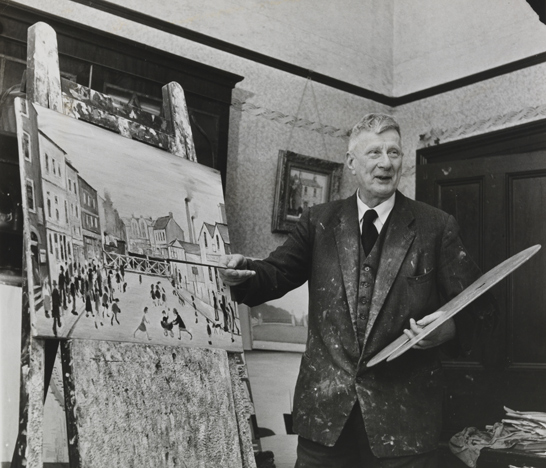 Laurence Stephen Lowry was an English artist born on Barrett Street, Stretford, in Lancashire. Many of his drawings and paintings depict nearby Salford and the surrounding areas, including Pendlebury, which is where he lived and worked for over 40 years.

As a young boy, Lowry lived in the leafy Manchester suburb of Victoria Park. Lack of finances resulted in the family then having to move to Station Road, Pendlebury, Salford – a far more industrial landscape than Lowry had been used to. Lowry would recall “At first I detested it, and then, after years I got pretty interested in it, then obsessed by it.”

Lowry studied both at the Manchester Academy of Fine Art and at Salford Royal Technical College in Peel Park, close to where he lived. Tutored by the likes of the famed French impressionist Adolphe Valette, and inspired by the Pre-Raphaelite artists Ford Madox Brown and Rossetti, Lowry understood how the power of art and artists could influence the representation of landscapes. Lowry felt that drawings were as hard to do as painting. He worked the surface of his drawings by smudging, erasing and rubbing the pencil lines on his paper to build the atmosphere of the drawing. Lowry developed his own individual style, gathering inspiration from the surrounding landscape of busy cotton mills, terraced houses and the bustle of the working classes.

Best known for his depictions of industrial Manchester and Salford and “matchstick men,” his work covers a wide range of subject matter including seascapes, landscapes and portraits, among which are the oil paintings of his mother and father which he kept on display in his home throughout his life. 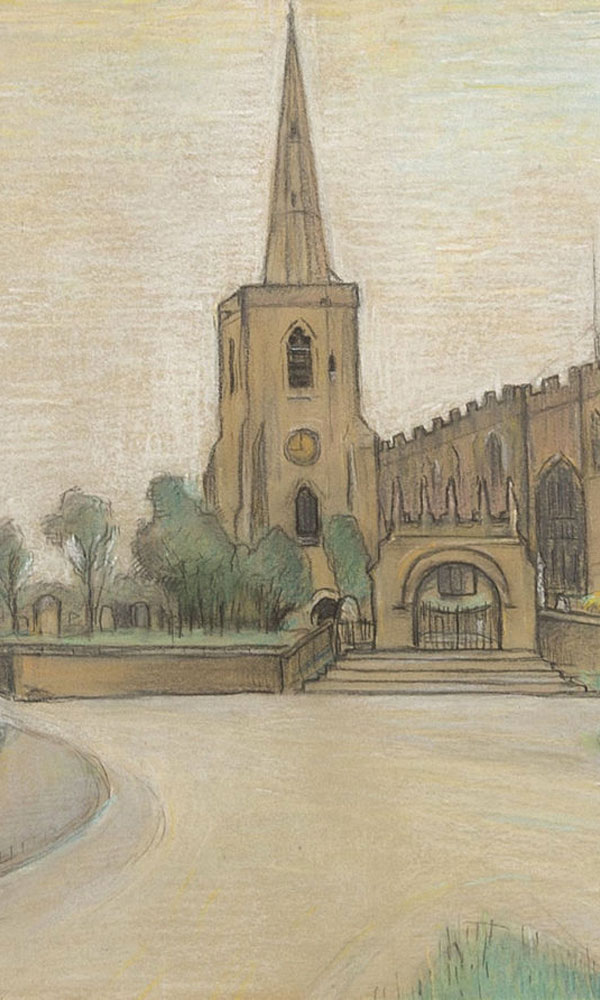 LS Lowry titled ‘Spectators’ was painted in 1923. Although Lowry was a lifelong supporter of Manchester City, this painting takes as its subject, supporters on their way to see the Bolton Wanderers. The artist had a soft spot for rival team Bolton Wanderers, as his home in Pendlebury was within walking distance of their former stadium at Burnden Park.

This work has been exhibited at the Sunderland Art Gallery, Whitworth Art Gallery and the Tate Gallery.

Throughout the 1920s Lowry developed his theme of painting the industrial scene and probably produced more work in this decade than in any other. He exhibited widely with various societies, including the New English Art Club and the Society of Modern Painters, as well as in Paris, but no works were sold. Monty Bloom, a previous owner of this work, was a very close friend and major collector of Lowry; in fact, Bloom held the largest collection of Lowry’s work in the world.

‘The Spectators’ is a prime example of Lowry’s fascinated depictions of British society, where he captures the ongoings of the local people, taking his sketchbook everywhere with him and drawing his surroundings as he went along. Lowry would often portray these figures in a simplistic and somewhat humorous manner. He insisted his work was based on real characters, often people he saw living on the streets. Also, the spontaneity of these drawings captured the energy of their location and that particular moment in time.

Lowry’s most expensive work to date also took football as it’s subject. ‘The football Match’ was sold at London auction house Christie’s to an unknown bidder for a total of £5,641,250 in 2011. 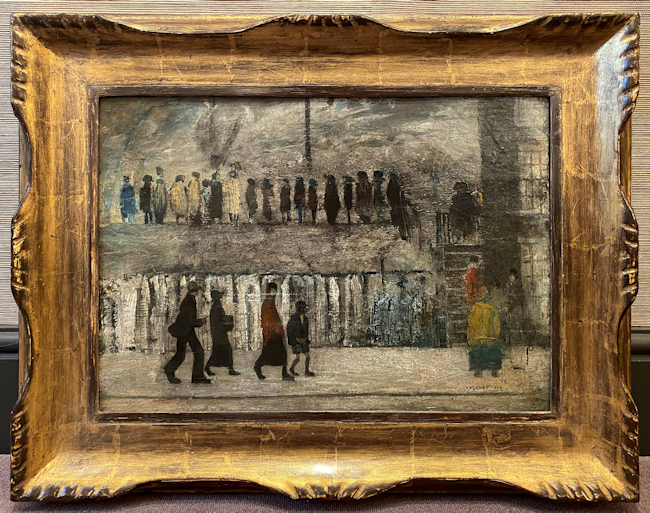 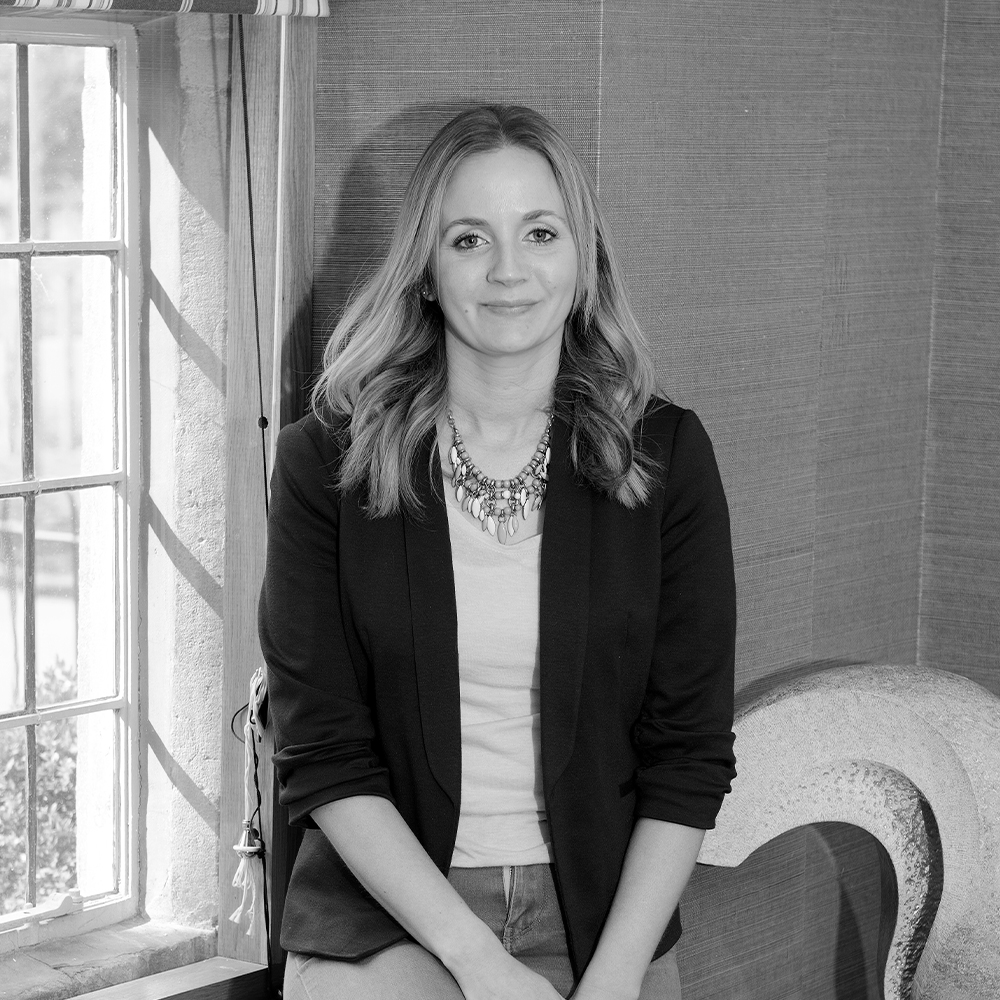 ‘LS Lowry’s artwork of weathered landscapes expresses a personal response to the events happening around the world, in turn never failing to captivate the viewer. LS Lowry’s paintings tell the true tale behind English city life and the life experiences he had growing up.’ 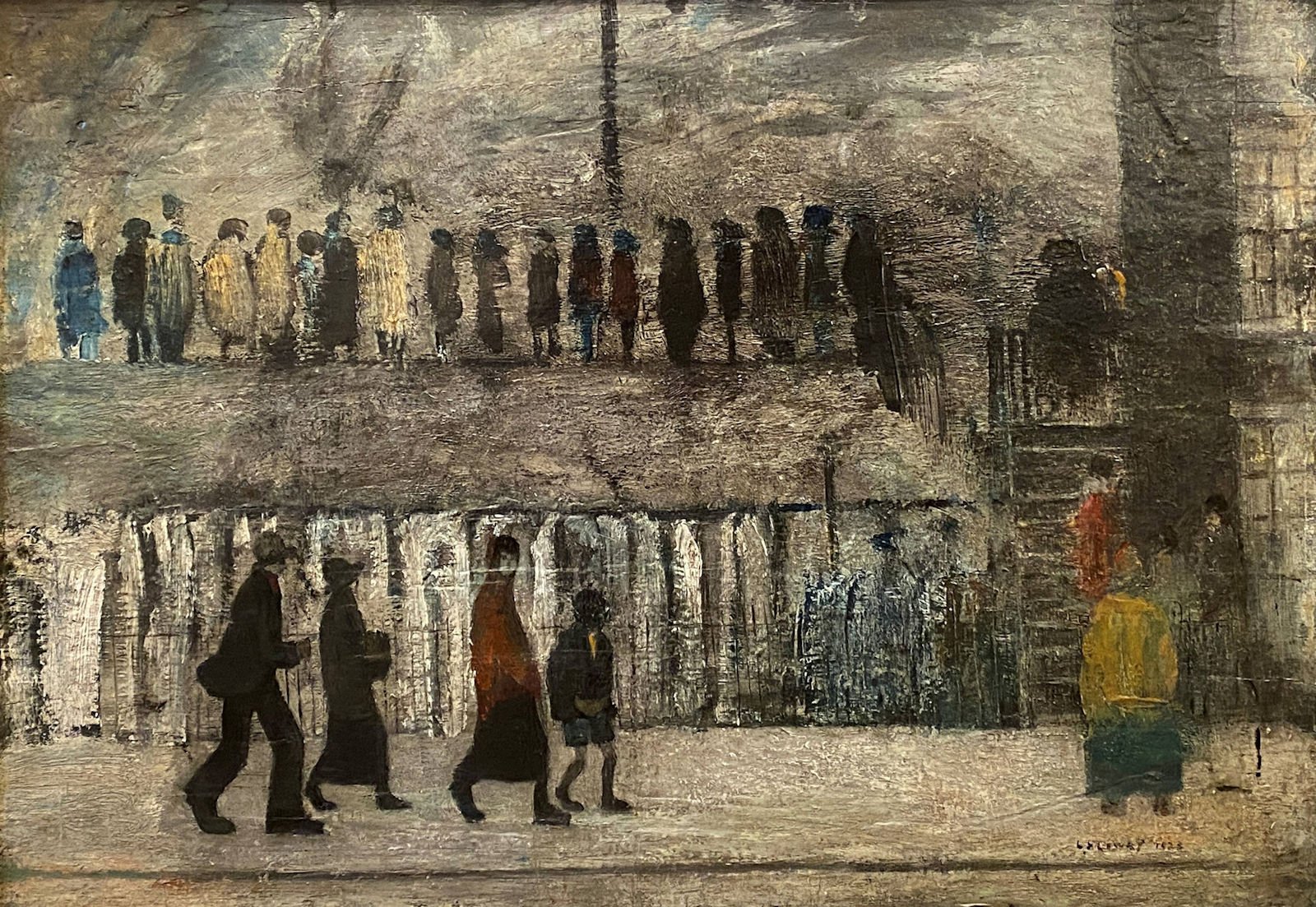 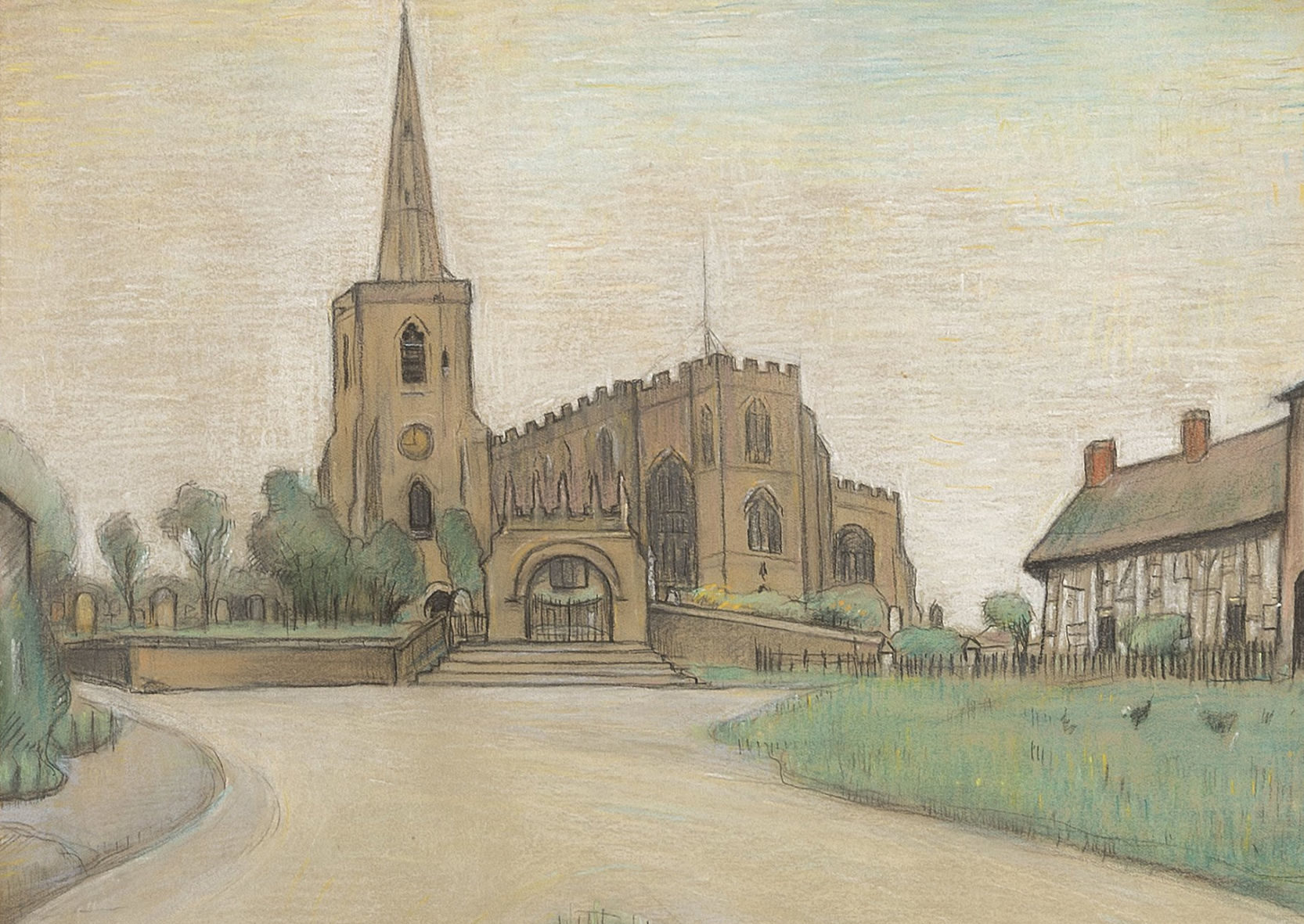 FOR MORE INFORMATION ABOUT LS LOWRY AND WORKS OF ART AVAILABLE AT TRINITY HOUSE, PLEASE CONTACT US ON…